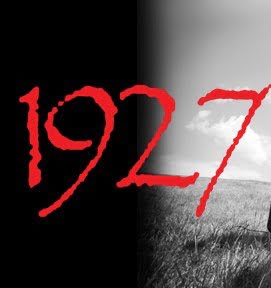 1927 are an Australian pop rock band formed in 1987 with James Barton on drums, Bill Frost on bass guitar, his brother Garry Frost on guitar and keyboards, and Eric Weideman on vocals, guitar and keyboards. They were popular in the late 1980s and early 1990s with their major hit songs ‘That’s When I Think of You’, ‘If I Could’, ‘Compulsory Hero’ and ‘Tell Me a Story’. Their multi-platinum number-one album, …ish (1988) was followed by The Other Side (1990) which peaked at number three. At the ARIA Music Awards of 1989 they won two categories: Breakthrough Artist – Album for …ish and Breakthrough Artist – Single for ‘That’s When I Think of You’. At the 1990 ceremony they won Best Video for ‘Compulsory Hero’, which was directed by Geoff Barter. Late in 1986 Garry Frost (ex-Moving Pictures) saw Weideman on a ‘Red Faces’ talent segment of variety TV show Hey Hey It’s Saturday, Frost offered Weideman a spot in a new band, 1927. In 1992 the group released a third studio album, 1927, which reached the top 40; but they disbanded the following year. Weideman reformed 1927 in 2009 with a new line-up.

1927 formed in Melbourne in 1987 as a pop rock band. In 1984 guitarist and keyboardist Garry Frost had left Sydney-based pop rockers, Moving Pictures, after their second album, Matinée. Frost had co-written Moving Pictures’ 1981 number-one hit ‘What About Me?’ – which was a number-one hit for Shannon Noll in 2004. In late 1986 Frost was writing songs at his home studio for an unformed band project. He was watching Nine Networks variety series Hey Hey It’s Saturdays talent segment ‘Red Faces’ when Eric Weideman appeared and performed a cover of The Polices hit single, ‘Roxanne’. Garry drove from Sydney to Melbourne, about 880 km (550 mi), to recruit Weideman on lead vocals, guitar, and keyboards. Prior to joining 1927 Weideman had played in various cover bands including, Mixed Feelings, before starting a brief solo career. He later recalled, ‘I had only just started performing on my own. I was playing at a pub in Melbourne … Then a friend of mine dared me to go on ‘Red Faces”. The pair were joined by Garry’s brother Bill Frost on bass guitar and James Barton on drums. The band’s name, 1927, was drawn from a hat of suggestions and was from a favourite saying by Garry, ‘I haven’t done that since 1927’.