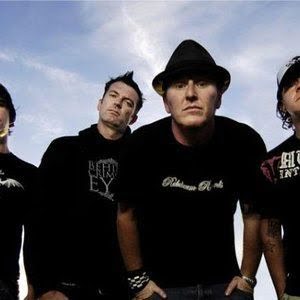 28 Days are an Australian punk rock band from Frankston, a suburb of Melbourne, Australia. Formed in 1997, the current lineup consists of original members Jay Dunne as lead vocalist, guitarist Simon Hepburn and bassist Damian Gardiner Adrian Griffin. The band’s previous drummer, Scott Murray, was killed in an accident after being struck by a car on 18 November 2001.

28 Days are known for their rap rock, punk rock and hip hop music. Throughout their recording career, they have released 5 studio albums and 5 EPs, 3 of which debuted in the ARIAnet top 40. This includes the certified platinum album Upstyledown which was produced by Kalju Tonuma and debuted at number 1 in July 2000. The band have also seen commercial success on Australian singles charts, with singles such as ‘Rip It Up’, ‘Goodbye’ and ‘What’s the Deal?’ all peaking in the top 100. After declining popularity following their 2004 album Extremist Makeover, the band released a greatest hits album 10 Years of Cheap Fame before announcing their hiatus in 2007.