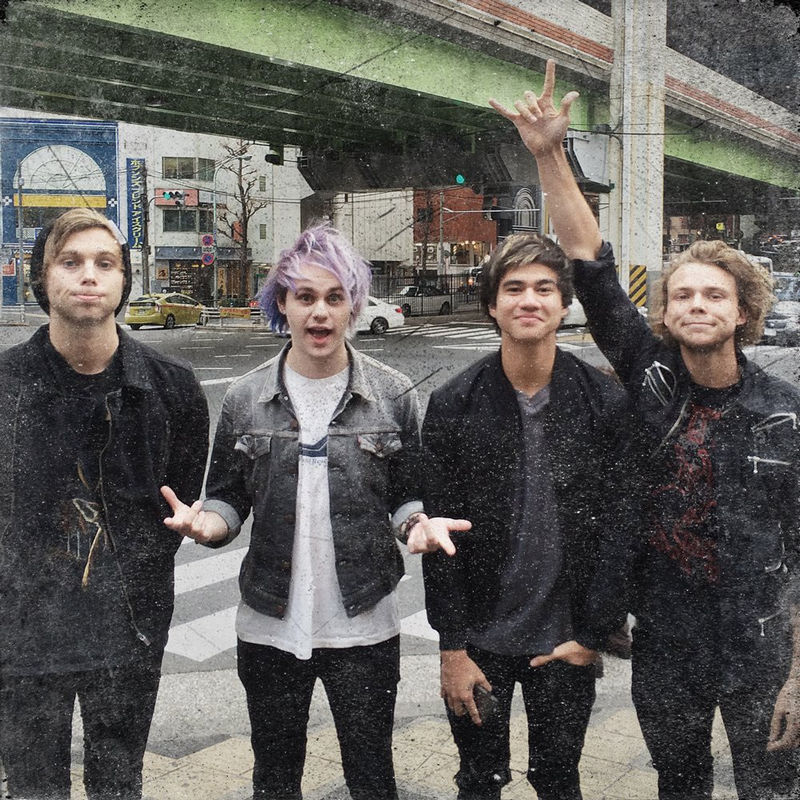 5 Seconds of Summer, often shortened to 5SOS, are an Australian pop rock band from Sydney, New South Wales, formed in 2011. The group consists of lead vocalist and rhythm guitarist Luke Hemmings, lead guitarist Michael Clifford, bassist Calum Hood, and drummer Ashton Irwin. They were originally YouTube celebrities, posting videos of themselves covering songs from various artists during 2011 and early 2012. They rose to international fame while touring with English-Irish band One Direction on their Take Me Home Tour. They have since released three studio albums and headlined three world tours.

In early 2014, the band released ‘She Looks So Perfect’ as their debut single, which topped the charts in Australia, New Zealand, Ireland and the United Kingdom. Their self-titled debut album was released on June 2014, peaking at number one in 11 countries, and was followed by a live album titled LiveSOS. They went on their first headlining tour Rock Out with Your Socks Out Tour to support the album.

We See You’re a Fan of 5 Seconds of Summer