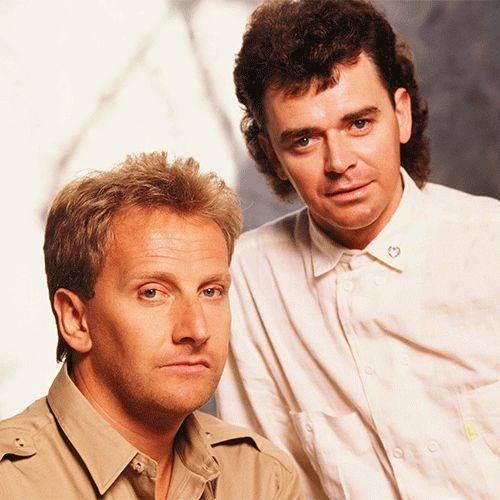 Air Supply are a soft rockduo, consisting of English singer-songwriter and guitarist Graham Russell and Australian lead vocalist Russell Hitchcock. They had a succession of hits worldwide, including eight Top Ten hits in the United States, in the early 1980s. They formed in Australia in 1975 and have included various accompanying musicians and singers. The Australian Recording Industry Association (ARIA) inducted Air Supply into their Hall of Fame on 1 December 2013 at the annual ARIA Awards.

Chrissie Hammond, Russell Hitchcock, and Graham Russell met in May 1975 while performing in the Australian production of the Andrew Lloyd Webber and Tim Rice musical Jesus Christ Superstar. With Hammond and Hitchcock on vocals and Russell on guitar, they formed a harmony vocal group in Melbourne, while the show was still playing. Hammond left the vocal group to form Cheetah and was replaced by Jeremy Paul (ex-Soffrok and later Divinyls) on bass guitar and vocals in 1976. Together, Hitchcock, Russell and Paul formed Air Supply. The group’s first single, ‘Love and Other Bruises’, was released in November 1976 and peaked at No. 6 on the Australian Kent Music Report Singles Chart in January 1977. It was followed by Air Supply, their debut album, in December, which reached No. 17 on the Kent Music Report Albums Chart and achieved gold in Australia. The album was produced by Peter Dawkins (Spectrum, Ross Ryan) with Air Supply line-up as Hitchcock, Paul, Russell and drummer Jeff Browne, guitarist Mark McEntee and keyboardist, arranger Adrian Scott. Other singles were ‘If You Knew Me’, ‘Empty Pages’ and ‘Feel the Breeze’ but none reached the Top 40. A national tour followed with Hitchcock, Paul, Russell and Scott joined by Nigel Macara (ex-Tamam Shud, Ariel) on drums and Brenton White (Skintight) on guitar. Brenton White rehearsed but did not perform with Air Supply

We See You’re a Fan of Air Supply