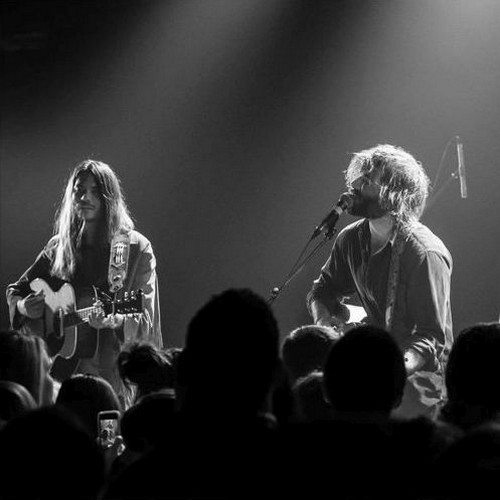 Angus Stone (born 27 April 1986) is an Australian folk singer-songwriter and record producer-engineer. He is the brother half of duo Angus & Julia Stone. His debut solo album, Smoking Gun, was issued in April 2009 under the pseudonymLady of the Sunshine, and reached the top 50 on the ARIA Albums Chart. His second solo album, Broken Brights, was issued on 13 July 2012 and peaked at No. 2.

Angus Stone was born on 27 April 1986 and grew up in Sydney. His parents, John and Kim Stone, were both folk musicians. John was a builder and later became a music teacher, who also performs in a covers band, Backbeat.Kim has an Honours degree in Science, worked as a marine biologist, high school teacher and singer, spent 20 years as Head of E-marketing, Marketing and Investor Communications in institutional funds management until commencing a career as a Non Executive Director (kimjones.net.au). Stone’s older sisters are Catherine (born ca. 1982) and Julia Stone (born 13 April 1984). Stone attended Newport Primary School and Barrenjoey High School. At primary school he joined the school band with his father teaching and his sisters accompanying. At family gatherings when the children performed, Stone played trombone, Catherine on saxophone and Julia on trumpet with Kim singing and John on keyboard or guitar. At about the age of 14 years his parents separated and soon after he started writing pop songs. Stone joined a band in high school as lead singer playing both covers and original songs. The band performed at numerous local community events.

We See You’re a Fan of Angus Stone