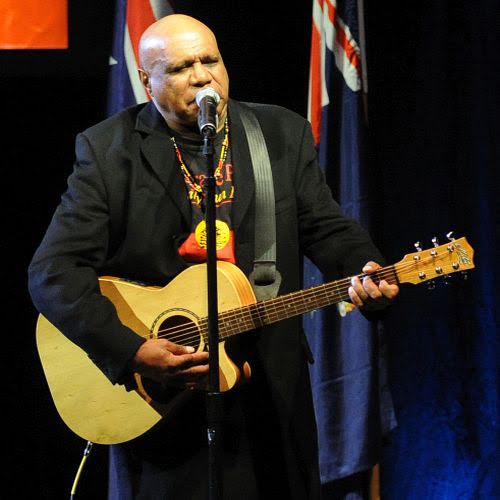 Archibald William ‘Archie’ Roach, AM (born 8 January 1956, Mooroopna) is an Australian musician. He is a singer, songwriter and guitarist, as well as a campaigner for the rights of Indigenous Australians.

Roach’s debut solo album, Charcoal Lane, was released in 1990. It featured the song ‘Took the Children Away’, which was added to the National Film and Sound Archives Sounds of Australia registry in 2013. Also in 2013 he won a Deadly Award for Lifetime Contribution to Healing the Stolen Generations as well as for Album of the Year. Along with fellow Deadly winner Pat O’Shane, he called for an end to the Northern Territory Intervention. Roach has toured around the globe, headlining and opening shows for Joan Armatrading, Bob Dylan, Billy Bragg, Tracy Chapman, Suzanne Vega and Patti Smith.

We See You’re a Fan of Archie Roach