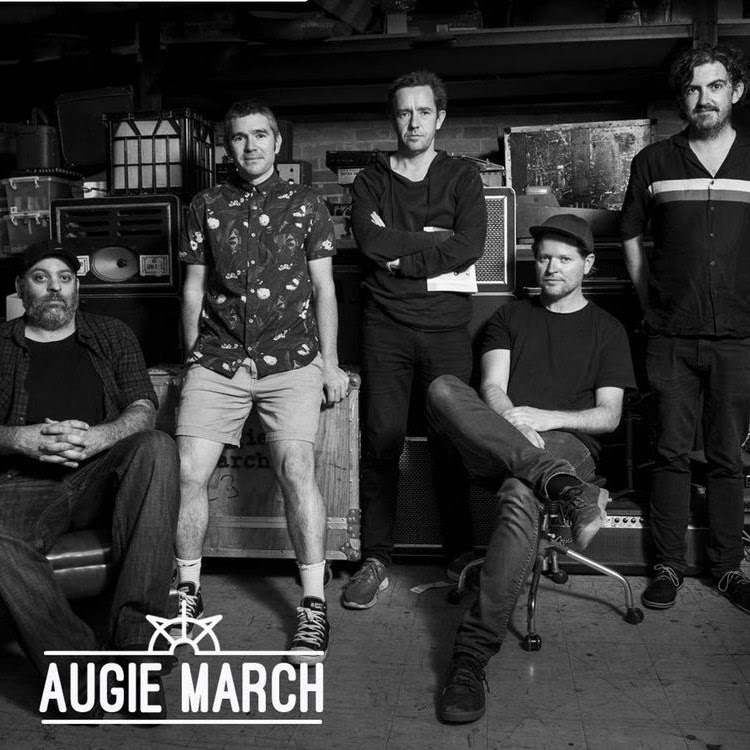 Augie March’s rise to fame was slow; their first two EPs failed to make an impact on the market, despite Waltz being nominated for two ARIA Awards. Their first album, Sunset Studies, was released in 2000. Despite poor sales, it was critically acclaimed and received an ARIA Award nomination. Critics in both Australia and the United States also lauded its 2002 successor, Strange Bird, but it sold and charted poorly in both countries. Augie March’s third album, Moo, You Bloody Choir (2006), received a much better reception in terms of sales; its lead single ‘One Crowded Hour’ attained critical acclaim and appeared on the ARIA Charts at number 29, while the album was nominated for numerous ARIA Awards and won an Australian Music Prize. Having achieved mainstream success, the band toured Australia and the United States regularly through 2006 and 2007. In 2008 they released their fourth album, Watch Me Disappear. It became their most commercially successful album, but received the least favourable critical reception.

We See You’re a Fan of Augie March