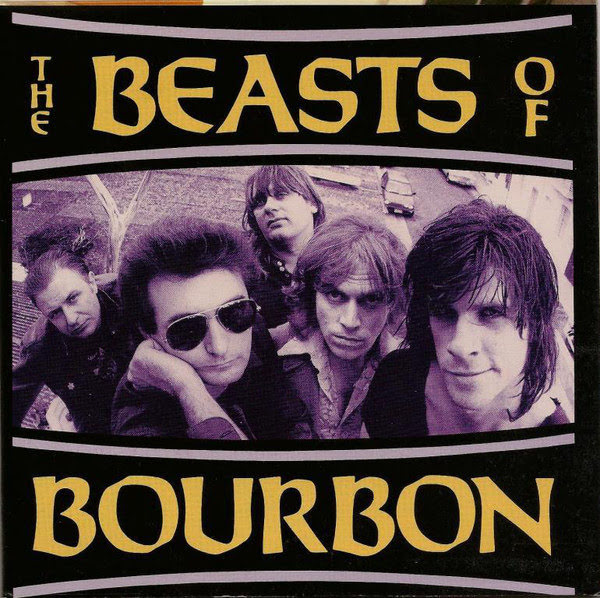 Beasts of Bourbon are an Australian alternative rock, blues rock band formed in August 1983, with James Baker on drums (ex-Hoodoo Gurus), Spencer P. Jones on guitar (The Johnnys), Tex Perkins on vocals (Dum Dums), Kim Salmon on guitar and Boris Sujdovic on bass guitar (both ex-The Scientists). Except for mainstays Jones and Perkins, the line-up has changed as the group splintered and reformed several times. Their debut album, The Axeman’s Jazz (July 1984), was the best selling Australian alternative rock album of 1984. Their debut single, ‘Psycho’, is a cover version of the Leon Payne original, and was the best selling Australian alternative rock single for that year. However the group disbanded by mid-1985 and each member pursued other musical projects.

They reformed in 1987 and issued a second album, Sour Mash, in December 1988 on Red Eye Records. According to rock music historian, Ian McFarlane, it ‘virtually redefined the parameters of guitar-based rock’n’roll. The Cramps-influenced swamp-rock of old had been discarded for a more adventurous slab of gutbucket blues and avant-garde weirdness. Perkins’ voice had matured into an authentic blues growl’. Their fifth studio album, Gone (January 1997), reached the Top 50 ARIA Albums Chart. Their seventh studio album, Little Animals (21 April 2007) on Albert Productions, which also peaked into the Top 50.

We See You’re a Fan of Beasts Of Bourbon