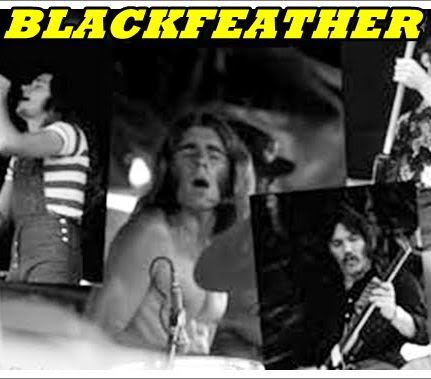 Blackfeather are an Australian rock group which formed in April 1970. The band has had numerous line-ups, mostly fronted by founding lead singer, Neale Johns. An early heavy rock version recorded their debut album, At the Mountains of Madness (April 1971), which peaked at number seven on the Go-Set Top 20 Albums chart. It provided the single, ‘Seasons of Change’ (May 1971), which was co-written by Johns with lead guitarist, John Robinson. In July 1972 a piano-based line-up led by Johns issued an Australian number-one single, ‘Boppin’ the Blues’ which went to number 1 on the Australian charts.

Blackfeather formed in April 1970 in Sydney by Leith Corbett on bass guitar, Mike McCormack on drums, and John Robinson on lead guitar (all from the Dave Miller Set), plus lead vocalist, Neale Johns. Robinson recalled meeting Johns, ‘a small guy with a huge voice, Neale was very taciturn. He was into the blues and had excellent range.’ Their name was derived from two found suggested in a book, ‘Whitefeather’ and ‘Heavyfeather’. Corbett and McCormack left soon after, replaced by Robert Fortesque on bass guitar and Alexander Kash on drums. Corbett subsequently reunited with singer Dave Miller to record a duo album, Reflections of a Pioneer. Johns and Robinson wrote or co-wrote the band’s original material.

We See You’re a Fan of Blackfeather