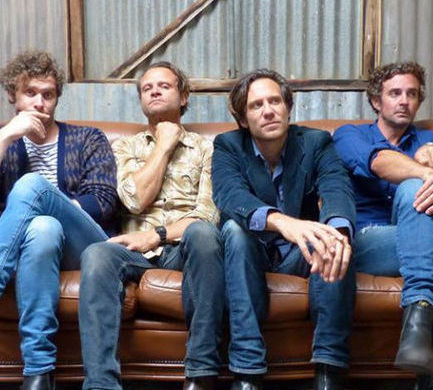 Bluebottle Kiss were formed in Sydney in 1993 as a grunge trio by Ben Fletcher on bass guitar and vocals, Jamie Hutchings on lead guitar and lead vocals, and Peter Noble on drums. Their influences are from the late 1980s United States indie scene, which include Sonic Youth and the Afghan Whigs, singer-songwriters of the 1970s, Neil Young and Van Morrison, as well as the Australian independent scene with the Church and Nick Cave and the Bad Seeds. The band were signed to Murmur, an imprint of Sony Music Australia.

We See You’re a Fan of Blue Bottle Kiss