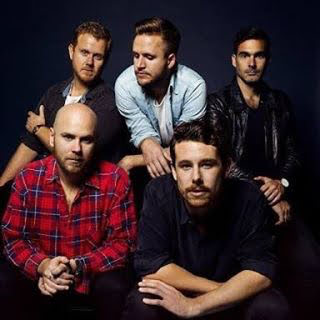 Boy & Bear is an Australian indie rock-folk music band formed in 2009, consisting of David Hosking (vocals and guitar), Killian Gavin (vocals and guitar), Tim Hart (drums and vocals), Jonathan Hart (vocals, banjo, mandolin and keyboards), and David Symes (bass). The band has released three albums. The first two, Moonfire (August 2011) and Harlequin Dream (August 2013), both reached the top ten of the Australian albums chart. Their third album, Limit of Love, was released on 9 October 2015, in Australia, New Zealand, USA, and Canada, and on 30 October in the UK and EU.

Boy & Bear was formed in 2009 in Sydney, beginning as a solo project for singer-songwriter Dave Hosking. In February 2009, Hosking uploaded a track, ‘The Storm’, to the Unearthed program on radio station Triple J, and it became a featured song at the station. Hosking met Killian Gavin, who was a singer-songwriter and guitarist in Ovell, and the pair started jamming together. Tim Hart, from another university band, Wintersound, joined as a drummer and singer-songwriter. Then they expanded with Hart’s brother Jon (ex-Wintersound) on keyboard, vocals, mandolin and banjo and Jake Tarasenko (ex-Tripartisan Approach) on bass guitar. All five had fronted their own groups and became friends after regularly sharing the stage at gigs. Their songwriting usually has Hosking strumming chords on a guitar, Gavin writing the hooks, and the Hart brothers providing backing vocal lyrics, keyboard parts and drum lines. On 21 October they issued an independent single, ‘Mexican Mavis’, which was a featured song for the ‘Next Crop ’09’ segment on Triple J. In November 2009, the band described its style as ‘a combination of drivey indie folk and choral harmonies’.

We See You’re a Fan of Boy and Bear