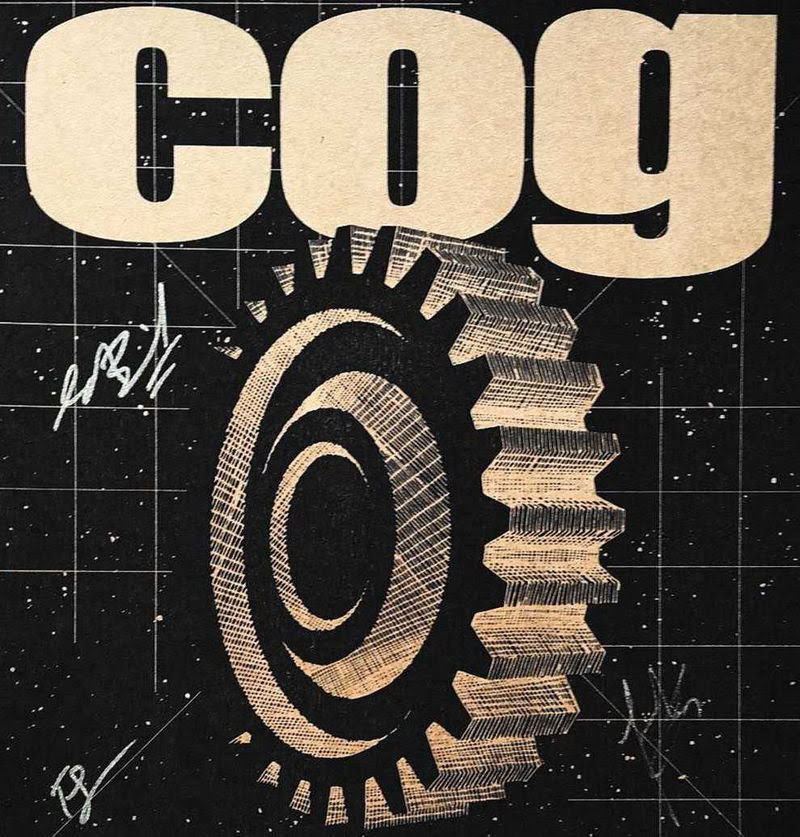 Cog are an Australian progressive rock band that formed in 1998. Their debut album, The New Normal, was nominated for Triple Js 2005 J Award. The band’s music is influenced by Tool,Isis,Nina Simone,Bob Marley,Leftfield,Deftones and Helmet. The band went on to become one of the most successful independent bands in Australia.

Flynn Gower and Lucius Borich (the son of renowned Australian blues guitarist Kevin Borich) were friends at their Bondi high school in the 1980s. Borich being a drummer, and Flynn being a guitarist, they would occasionally jam. As their school careers finished, Borich formed the band Juice while Flynn formed the five-piece metal band The Hanging Tree, popular in the Sydney live circuit. In 1995, after the release of Juice’s debut album, Borich left the band and joined The Hanging Tree. Shortly after the release of their debut, Borich left the band and the country, travelling to the United States to follow a career of session drumming. There Borich did session drumming for a large range of genres, writing songs on his guitar all the while. Flynn, in Sydney, wanted to form a band and contacted Lucius, eventually resulting in the formation of Cog.

We See You’re a Fan of Cog