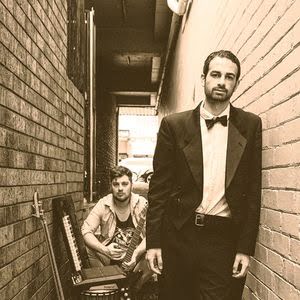 Luke George Girgis (born 20 August 1987), better known by his stage name, Coptic Soldier, is an Australian hip-hop artist, music manager and record label executive. He often performed with stage partner, Phatchance (aka Chance Waters) and later became his manager. Girgis co-founded a record label, I Forgot Sorry! in 2010 and then a management company, Be Like Children, in 2013.

Luke George Girgis was born on 20 August 1987 in Melbourne, his parents were second generation Egyptian migrants who raised him in Sydney’s Sutherland Shire as a member of the Australian Coptic Orthodox church. As Coptic Soldier, he later recalled his first live band ‘A Year 12 rock band in the school hall when I was in Year 5. – Can’t remember their name…’, from that performance he learnt ‘That no matter how bad your music is, you can always make a crowd laugh. Haha.’ He attended St Patrick’s College; he obtained a degree in Rehabilitation Counselling at the University of Sydney before completing a degree in Theology at Charles Sturt University.

We See You’re a Fan of Coptic Soldier