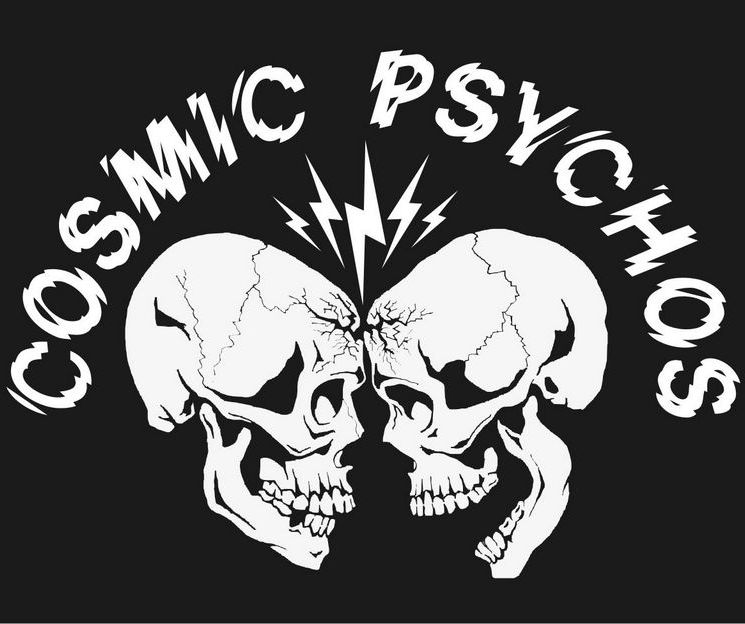 Cosmic Psychos are an Australian punk rock band which formed in 1982 as Spring Plains. Founding members included Ross Knight on guitar and vocals; Robbie Addington on guitar and vocals; and Steve Morrow on vocals. Australian rock music historian, Ian McFarlane, described their music as ‘arty kind of punk noise, somewhere between The Birthday Party and a more narcotic sounding Ramones’. Late in 1984 the group was renamed as Cosmic Psychos. They issued their debut album, Down on the Farm, in December 1985. Several albums have followed and were backed by national tours and international tours to Europe and North America including festivals with Mudhoney, Nirvana, L7, Helmet and Motörhead. In 1990 Jones was replaced by Robbie Watts on guitar and vocals. By 2005 Walsh was replaced by Dean Muller (Hoss, Chris Russell’s Chicken Walk) on drums. On 1 July 2006 Watts died of a heart attack, aged 47, and the band continued with John McKeering (ex-The Onyas) joining.

Cosmic Psychos developed from Spring Plains which formed in 1982 in Melbourne with a line-up of Peter Jones on guitar and vocals; Steve Morrow on lead vocals; Neal Turton-Lane on bass guitar; and Bill Walsh on drums and vocals. According to Australian rock music historian, Ian McFarlane, their music was ‘arty kind of punk noise, somewhere between The Birthday Party and a more narcotic sounding Ramones’. In 1984 the group recorded a track, ‘American Hymn’, for a various artists compilation, Asleep at the Wheel. Late that year Morrow and Turton-Lane were replaced by Ross Knight (ex-Rancid Spam) on bass guitar and lead vocals. They financed a self-released cassette which included ‘Custom Credit’.

We See You’re a Fan of Cosmic Psychos