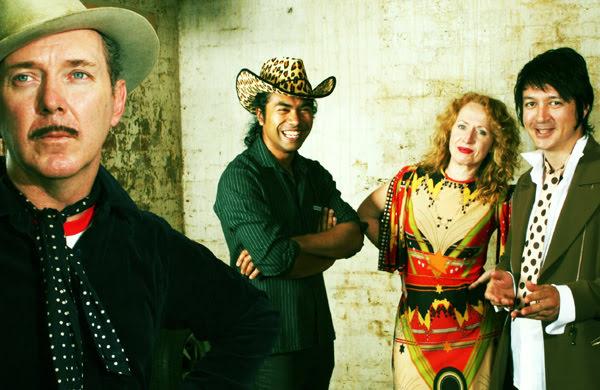 David John ‘Dave’ Graney is an Australian rock musician, singer-songwriter and author from Melbourne. Since 1978, Graney has been accompanied by drummer, Clare Moore. The pair have fronted numerous bands including The Moodists (1980 to 1987), Dave Graney and The White Buffaloes (1989 to 1990), Dave Graney and Coral Snakes (1987 to 1989, 1991 to 1997), The Dave Graney Show (1998 to 2003) , Dave Graney and Clare Moore featuring the Lurid Yellow Mist or Dave Graney and the Lurid Yellow Mist (2004 to 2011) and currently, dave graney and the mistLY. He was awarded ‘Best Male Vocalist’ at the ARIA Music Awards of 1996 for his work on The Soft ‘n’ Sexy Sound, while ‘Feelin’ Kinda Sporty’ won ‘Best Video’ in 1997 and he has received seven other ARIA Award nominations. He has also co-presented a radio show since 2009 on Melbourne’s Triple R 102.7 community radio station called Banana Lounge Broadcasting aka ‘BLB’.

David John Graney grew up in Mount Gambier, South Australia. In 1978, he relocated to Adelaide, and, as lead vocalist, he teamed with drummer, Clare Moore , to form Sputniks with Liz Dealey on bass guitar, Phillip Costello on guitar and Steve Miller on guitar. Sputniks released one single, ‘Second Glance’ on an independent label before moving to Melbourne in 1979 where they disbanded. Graney, Miller and Moore formed post-punk group The Moodists with Steve Carman on bass guitar in 1980. They released a single ‘where the trees walk downnhill/I should have been here’ on the Au Go Go label.Carman was soon replaced by Chris Walsh (ex-Negatives, Fabulous Marquises) on bass guitar. This line-up released a single ‘Gone Dead’/’Chads Car’, and an ep ‘Engine Shudder’ on the Au Go Go label. In April 1983, Mick Turner (previously in Sick Things, Fungus Brains, later in Dirty Three) joined on guitar and they relocated to the United Kingdom in October. They released their studio album, Thirsty’s Calling in 1984 on the Red Flame label with Victor Van Vugt producing. Red Flame also released an album in 1985 called ‘Double Life’. A single ‘justice and money too’ was released on the Creation label. Chris Walsh left in the same year, 1985. David McClymont – ex Orange Juice- joined on bass and the band recorded two 12′ eps ‘take the red carpet out of town’ and ‘someones got to give’ on the TIM label in the UK.

We See You’re a Fan of Dave Graney & The mistLY