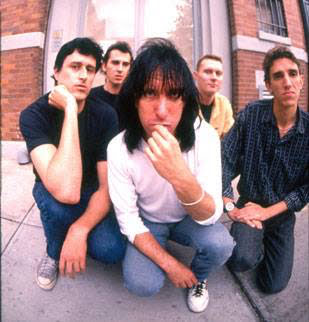 Died Pretty, sometimes The Died Pretty, are an Australian alternative rock band founded by mainstays, Ron Peno as its lead singer and Brett Myers as its lead guitarist and backing vocalist, in Sydney in 1983 – briefly as Final Solution. Their music started from a base of early electric Bob Dylan with psychedelic influences, including The Velvet Underground and Television. They were managed by John Needham, who is the owner of Citadel Records, their main label.

Died Pretty’s 1990s albums, Doughboy Hollow, Trace and Sold appeared on the Australian Recording Industry Association (ARIA) Albums Charts but they had more success on the alternate scene. According to rock music historian, Ian McFarlane, they ‘unashamedly plundered rock’s past to arrive at an original sound that was always passionate, atmospheric and uplifting … produced some of the most inspirational rock music heard in Australia’. The group formally disbanded in 2002 but have reunited on a number of occasions for short tours in Australia. Most recently they undertook a joint national tour with Radio Birdman in June and July 2017.

We See You’re a Fan of Died Pretty