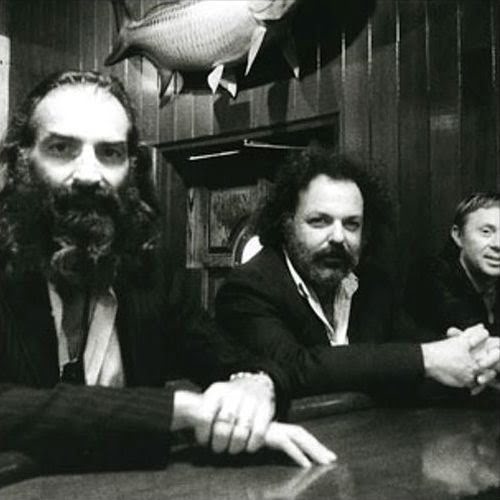 Dirty Three is an Australian instrumental rock band, consisting of Warren Ellis (violin and bass guitar), Mick Turner (electric and bass guitars) and Jim White (drums), which formed in 1992. Their 1996 album Horse Stories was voted by Rolling Stone as one of the top three albums of the year. Two of their albums have peaked into the top 50 on the ARIA Albums Chart, Ocean Songs (1998) and Toward the Low Sun (2012). During their career they have spent much of their time overseas when not performing together. Turner is based in Melbourne, White lives in New York, and Ellis in Paris. Australian rock music historian Ian McFarlane described them as providing a ‘rumbling, dynamic sound incorporated open-ended, improvisational, electric rock … minus the jazz-rock histrionics’. In October 2010, Ocean Songs was listed in the book 100 Best Australian Albums.

Dirty Three formed as an instrumental rock trio in Melbourne in 1992 with Warren Ellis on violin and bass guitar (ex-These Future Kings in 1986), Mick Turner on lead and bass guitars (Sick Things, The Moodists, Venom P. Stinger, Fungus Brains), and Jim White on drums (People with Chairs Up Their Noses, Feral Dinosaurs, Venom P. Stinger). Prior to the formation of Dirty Three, Ellis studied classical violin, worked briefly as a school teacher in regional Victoria, then travelled as a busker in Europe. Ellis wrote music for theatre groups and plays before performing with Melbourne bands. Ellis was also a member of The Blackeyed Susans, Busload of Faith, Kim Salmon and the Surrealists and has been a member of Nick Cave and the Bad Seeds since 1994. Turner and White have a shared musical history via numerous common bands during the 1980s and early 1990s. Outside Dirty Three’s activities, both have since contributed to other artists and groups. White’s previous group Feral Dinosaurs also featured Conway Savage, also a member of Nick Cave and the Bad Seeds and The Blackeyed Susans. White also played on records by Hunters and Collectors and Tex, Don and Charlie.

We See You’re a Fan of Dirty Three