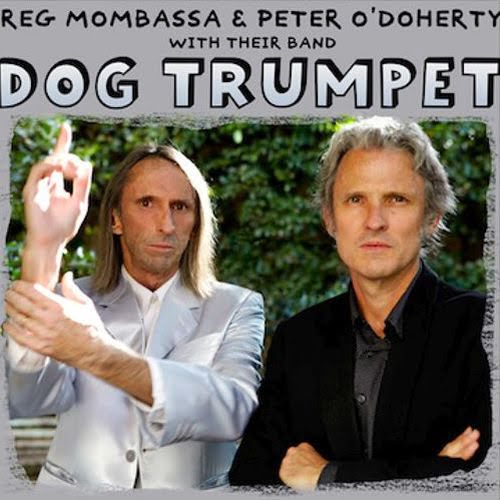 Dog Trumpet or Reg & Peter’s Dog Trumpet is an Australian rock band, formed by brothers Reg Mombassa (aka Chris O’Doherty) and Peter O’Doherty. Both Mombassa and O’Doherty were formerly members of the iconic Australian band Mental as Anything, and they formed Dog Trumpet as an outlet for their original material. The Dog Trumpet sound reflects a sincere affection for classic 1960s pop and whimsical psychedelia.

In 1990, Mental As Anything members had agreed to take a sabbatical from their band work and turned to solo or side projects. Mombassa and O’Doherty formed the duo Reg & Peter/Peter & Reg (they alternated names whenever interviewed). Under the name of Reg & Peter, the duo issued the single ‘Jean’/’Nobody Home’ in March 1991 on Regular Records, the song is described by Mombassa as ‘a fusion of psychedelic and Celtic rock ‘n ‘roll dealing with metaphysical romance’, before assuming the name Reg & Peter’s Dog Trumpet for the album Two Heads One Brain. The album made the Rolling Stones list of top albums for the year. Two further singles were lifted from the album, ‘Made of Wood’/’Red Brick Home’ in June 1991 (the cover art for which is a painting of a howling dog trumpet by Mombassa) and ‘I’m So Handsome’/’Dream’ in October 1991. The name ‘Dog Trumpet’ came from a piece of Mombassa’s artwork which featured a creature resembling a cross between a dog, a trumpet and a jet engine. The album was produced by Steve James and helping out in the studio were Mike Gubb (keyboards; ex-Dynamic Hepnotics, Mental as Anything, The Whitlams), John Bliss (drums; ex-The Reels) and Mark Honeybrook (bass).

We See You’re a Fan of Dog Trumpet