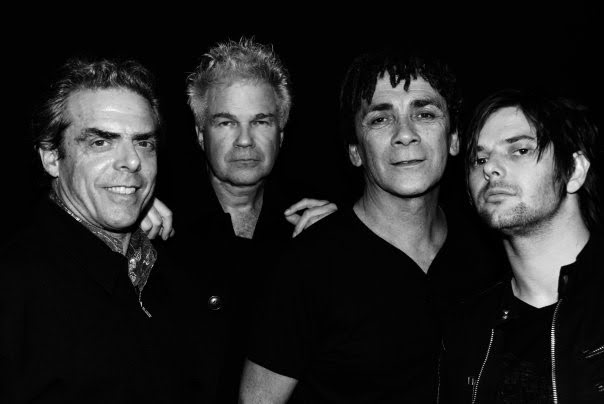 Dragon is a New Zealand rock band which was formed in January 1972 and relocated later to Sydney, Australia, in May 1975. The band was originally fronted by singerMarc Hunter and is currently led by his brother, bass player/vocalist Todd Hunter. The group performed, and released material, under the name Hunter in Europe and the United States during 1987.

Keyboard player Paul Hewson wrote or co-wrote most of the group’s 1970s hits: ‘April Sun in Cuba’ peaked at #2 on the 1977 Australian singles chart; ‘Are You Old Enough?’ reached #1 in 1978; and ‘Still in Love with You’ reached #15 also in 1978. Later hits, from when the band re-grouped in the 1980s, were written by other band members, often working with outside associates: The Hunter brothers, with Todd’s partner, Johanna Pigott, wrote ‘Rain,’ a #2 hit in 1983, while other, more minor hits were written by the Hunters and/or Alan Mansfield, frequently in collaboration with any combination of Pigott, Mansfield’s partner Sharon O’Neill, Marc Hunter’s partner Wendy Hunter, or producers Todd Rundgren and David Hirschfelder.

We See You’re a Fan of Dragon