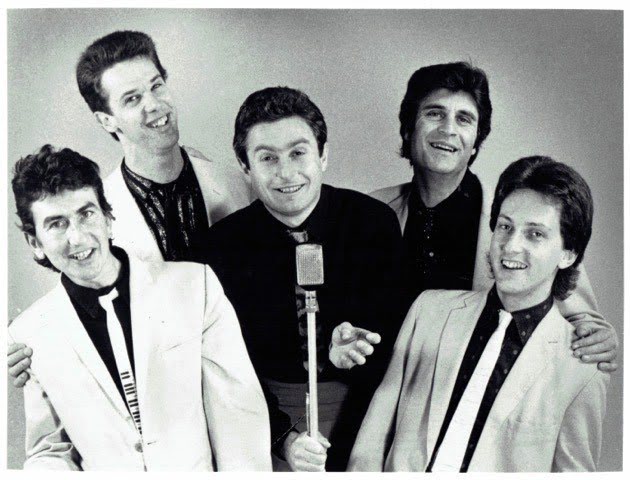 The Dynamic Hepnotics were an Australian soul, blues and funk band which formed in 1979 and disbanded in 1986. Mainstay, lead vocalist and front man, ‘Continental’ Robert Susz formed the group in Sydney. They had chart success on the Australian Kent Music Report Singles Chart with a top 5 single, ‘Soul Kind of Feeling’ in 1984. It was followed by ‘Gotta Be Wrong (Way to Love)’ which reached the top 20 in 1985. Their album, Take You Higher, reached the top 20 on the related Albums Chart in June. In 1986, ‘Soul Kind of Feeling’ won the APRA Music Award for ‘Most Performed Australasian Popular Work’.

The Dynamic Hepnotics formed in Sydney in 1979 with Tim Martin on saxophone (ex-Friends), Manuel Patti on bass guitar, Richard Ruhle on drums, Andrew Silver on guitar (Big Town Playboys) and ‘Continental’ Robert Susz on vocals and harmonica (Rugcutters, Humdinger Dogs). One of their early gigs was at the Potts Point night club, Arthur’s. In May 1980 this line-up issued a four-track extended play, Shakin’ All Over on the Mambo label. By the time of its release, Silver and Susz had been joined by Bruce Allen on saxophone (ex-Jeff St John Band, Ol’ 55), Allen Britton on bass guitar (Mangrove Boogie Kings) and Robert Souter on drums (Lizard, Gulliver’s Travels, Living Legends). The group issued a single, ‘Hepnobeat’, in September 1981 and subsequently changed from Mambo to Missing Link Records. Jim Niven from The Sports played organ on the single. An early line-up featured television presenter, Jonathan Coleman, on piano.

We See You’re a Fan of Dynamic Hepnotics