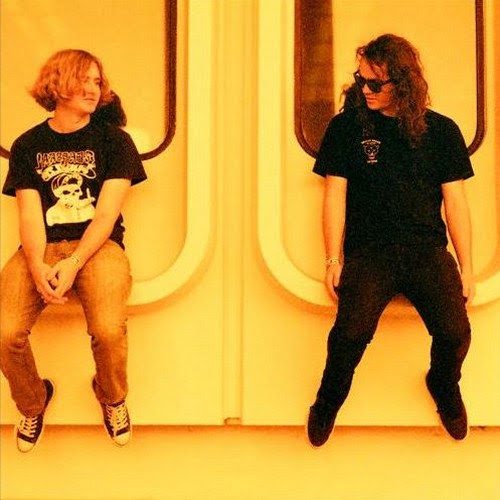 DZ Deathrays (previously Denzel then DZ) are an Australian dance-punk trio from Brisbane, Queensland. Composed of Shane Parsons (vocals/guitar), Lachlan Ewbank (lead guitar/vocals) and Simon Ridley (drums), they put out two EPs before releasing their debut album, Bloodstreams, in April 2012. The album went on to win the Best Hard Rock/Heavy Metal Album award at the 2012 ARIA Awards. To date they have release three studio albums: Bloodstreams (2012), Black Rat (2014), Bloody Lovely (2018), with a fourth expected for an early 2019 release.

Parsons and Ridley are both from Bundaberg, Queensland, Australia, were initially the founding members of Brisbane band Velociraptor, and continue to play with the group. Following the formation of DZ Deathrays, the band’s first performances occurred at Brisbane house parties. The debut recording for the band was an EP, titled Ruined My Life, that was released in 2009 and its entire content was recorded live at a house party. The band’s sophomore EP, Brutal Tapes, was released in January 2011 on their Bandcamp. A Re-issue containing more songs was released by label I Oh You, in 2014.

We See You’re a Fan of DZ Deathrays