Empire of the Sun

Empire of the Sun Bio 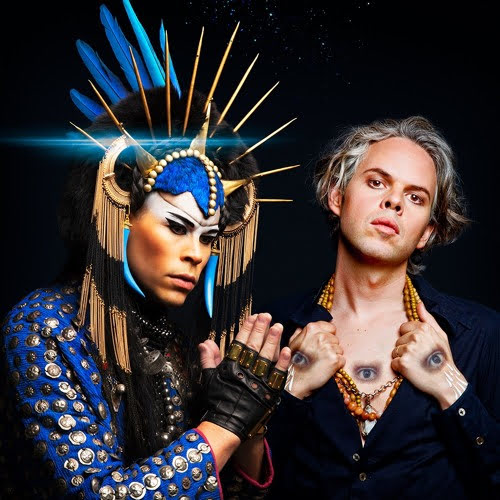 Empire of the Sun are an Australian electronic music duo from Sydney, formed in 2007. The duo is a collaboration between Luke Steele, of alternative rock band The Sleepy Jackson, and Nick Littlemore, of electronic dance band Pnau.

Empire of the Sun’s 2008 debut album, Walking on a Dream, brought the duo international success and has been certified double platinum in Australia and gold in the United Kingdom. The album provided a number of internationally charting singles including ‘Walking on a Dream’, which peaked at number ten on the Australian ARIA Singles Chart and reached number sixty four on the UK Singles Chart, and ‘We Are the People’, which peaked at number fourteen on the UK Singles Chart. The band’s second album, Ice on the Dune, was released in June 2013, preceded by lead single ‘Alive’ on 16 April. The band are signed to EMI Music Australia/Virgin. As a live band, they have performed internationally and are known for their flamboyant appearance and elaborate stage sets.

We See You’re a Fan of Empire of the Sun