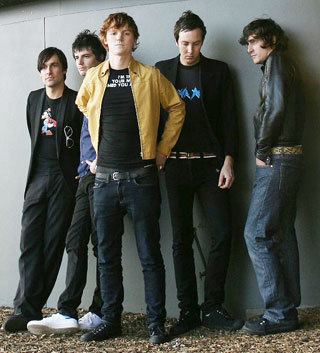 Faker were an Australian alternative rockband, formed in Sydney in 1996. The band’s final line-up consisted of Nathan Hudson (lead vocals and guitar), Nicholas Munnings (guitar and backing vocals), Liam O’Brien (bass guitar) and Daniel Wright (drums). They are best known for the songs ‘This Heart Attack’ and ‘Are You Magnetic?’.

The band released three studio albums. Faker’s first studio albumAddicted Romantic, was released in 2005. Prior to that, the band played multiple local gigs, and also released two EPs. In 2007, Faker became a mainstream success with their second album, Be the Twilight, and went on to continue touring nationally. Get Loved, their third album, was a digital-only free release, delivered in December 2011.

We See You’re a Fan of Faker