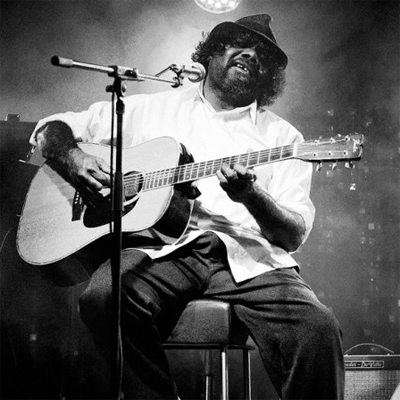 Frank Yamma (fl. c. 2000) is a singer and songwriter from Central Australia. He is a Pitjantjatjara man who speaks five languages and sings in both Pitjantjatjara and English. He is the son of Issac Yamma, an early artist who pioneered singing Western style songs in traditional language.

Regarded by many as one of Australia’s most important indigenous songwriters, Yamma’s brutally honest tales of alcohol abuse, cultural degradation, respect for the old law. He has performed in bands Ulpanyali Band, Digital Dreaming, Terrasphere, Piranpa (‘skinny white lizards’ in Pitjantjatjara) and his father’s Pitjantjatjara Country Band.

We See You’re a Fan of Frank Yamma