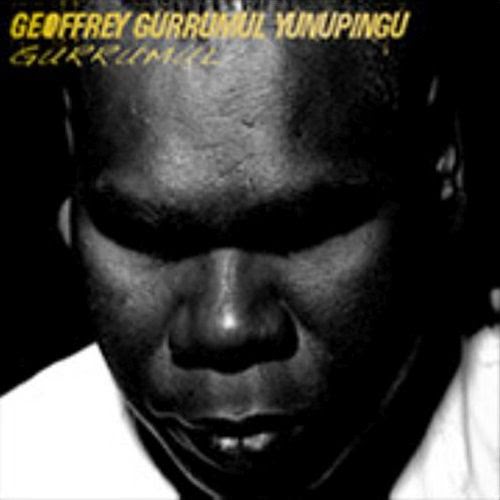 Geoffrey Gurrumul Yunupingu (22 January 1971 – 25 July 2017), also referred to since his death as Dr G Yunupingu,[note 1] was an Indigenous Australian musician. A multi-instrumentalist, he played drums, keyboards, guitar (a right-hand-strung guitar played left-handed) and didgeridoo, but it was the clarity of his singing voice that attracted rave reviews. He sang stories of his land both in Yolŋu languages such as Gaalpu, Gumatj or Djambarrpuynu, a dialect related to Gumatj, and in English. Although his solo career brought him wider acclaim, he was also formerly a member of Yothu Yindi, and later Saltwater Band. He was the most commercially successful Aboriginal Australian musician at the time of his death.

The first of four sons born to Ganyinurra (Daisy), of the Gumal clan, and Nyambi (Terry) Yunupingu, a Gumatj clansman, he was born in Galiwin’ku, Elcho Island in 1971, situated off the coast of Arnhem Land in northern Australia, about 530 kilometres east of Darwin. He was born blind, never learned Braille and did not have a guide dog or use a white cane, and was said to be acutely shy. When he was four years old, he learned how to play a toy piano and an accordion by teaching himself. A year later he began to play a guitar; despite being a left-hander, he played a right-handed guitar, holding it upside down, which he would continue to do throughout his career.

We See You’re a Fan of Geoffrey Gurrumul Yunipingu