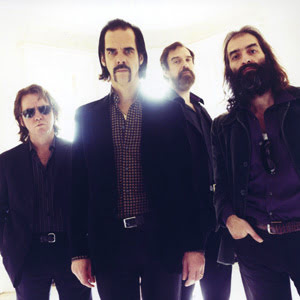 Formed as a side project to Nick Cave and the Bad Seeds, the band was originally known as Mini Seeds and was formed by Cave as ‘a way to escape the weight of The Bad Seeds.’ The band’s name was inspired by a Memphis Slim song, ‘Grinder Man Blues,’ which Cave is noted to have started singing during one of the band’s early rehearsal sessions. The band’s eponymous debut studio album, Grinderman, was released in 2007 to extremely positive reviews and the band’s second and final studio album, Grinderman 2, was released in 2010 to a similar reception.

We See You’re a Fan of Grinderman