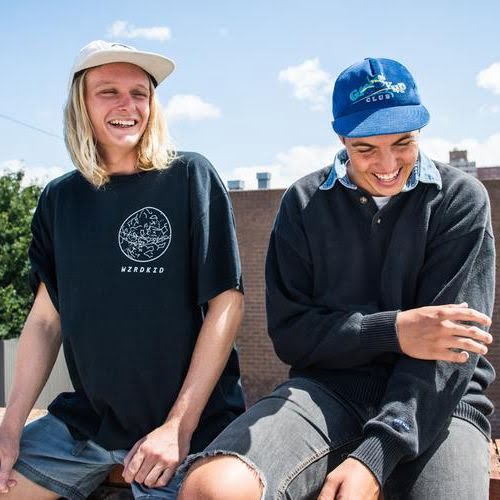 Hockey Dad is an Australian surf rock band from Windang,New South Wales, Australia. The band consists of two members, Billy Fleming and Zach Stephenson, and has two full albums and one EP released to date.

The band was founded in 2013, although the members claim to have played together before being an official band with a third member Bailey Carson. The duo cites a band called ‘Abstract Classic’ as an earlier project that fizzled out before they became Hockey Dad. Fleming and Stephenson were both born and raised in Windang Australia and lived two doors down from each other on Boronia Street in New South Wales where they still reside. The members met in 1999 at the ages of three and four when they were playing a neighbourhood game of football on the street. Continuing to reside in the same town, the duo spends their time surfing at the beach and skating at the local park.

We See You’re a Fan of Hockey Dad