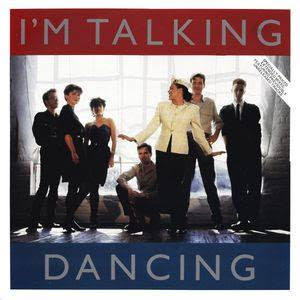 I’m Talking are a 1980s Australian funk-poprock band, which featured vocalistsKate Ceberano and Zan Abeyratne. They formed in 1983 in Melbourne and provided top ten hit singles ‘Trust Me’, ‘Do You Wanna Be?’ and ‘Holy Word’ and a top fifteen album, Bear Witness, before disbanding in 1987. The group announced in October 2018 that they will reunite for a 2019 tour.

After the break-up of Melbourne-based experimental funk bandEssendon Airport in 1983, members Robert Goodge on guitar, Ian Cox on saxophone and Barbara Hogarth on bass guitar set about forming a band to create inventive, commercial, funk-pop music. I’m Talking’s original line-up was Kate Ceberano on vocals (ex-Expozay, Hoagy Cats), Stephen Charlesworth on keyboards, Cox, Goodge, Hogarth and Cameron Newman on drums. They introduced sophisticated dance beat music to the pub rock scene, performing for a year before recording their debut release. The EPSomeday was released in May 1984 on the independent Randelli label. They also contributed to the soundtrack of the short film More Sex Stories. They attracted the attention of manager Ken West and then signed to Regular Records.Zan Abeyratne (ex-Grand Wazoo, Bang) joined as a second lead vocalist.

We See You’re a Fan of I’m Talking