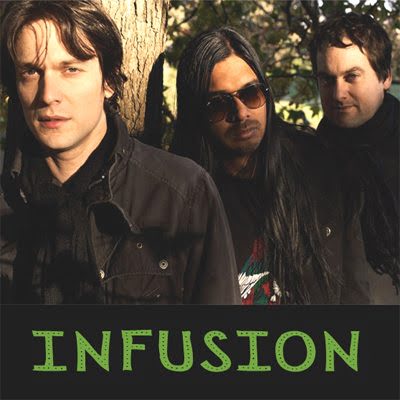 Infusion were an Australian electronica band, originally from Wollongong which formed in 1995. They’re best known for their ARIA Music Award winning released ‘Girls Can Be Cruel’ and Six Feet Above Yesterday.

Infusion founding members, Jamie Stevens and Manuel Sharrad, met in 1988 at a local high school in Wollongong. Frank Xavier also hails from Wollongong, although he did not meet the other two until they had relocated to Sydney.

We See You’re a Fan of Infusion