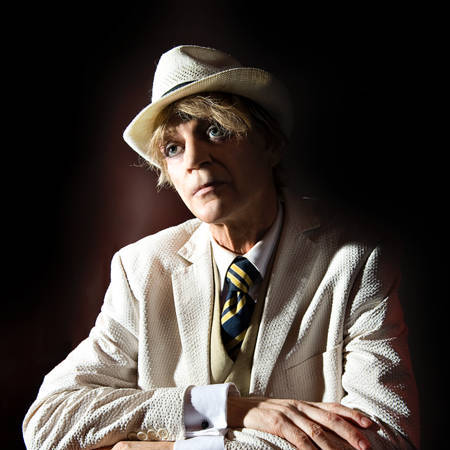 Geoff ‘Jeff’ Stephen Duff, or Duffo, (born 1956) is an Australian singer/cabaret performer in the tenor range, who in his career has used various personae, wardrobe, and satire as features of his performance. Duff’s shows ‘Ziggy’ and ‘Bowie Unzipped’ are portrayals of the music of David Bowie, who he met while Bowie was a Sydney resident.

We See You’re a Fan of Jeff Duff