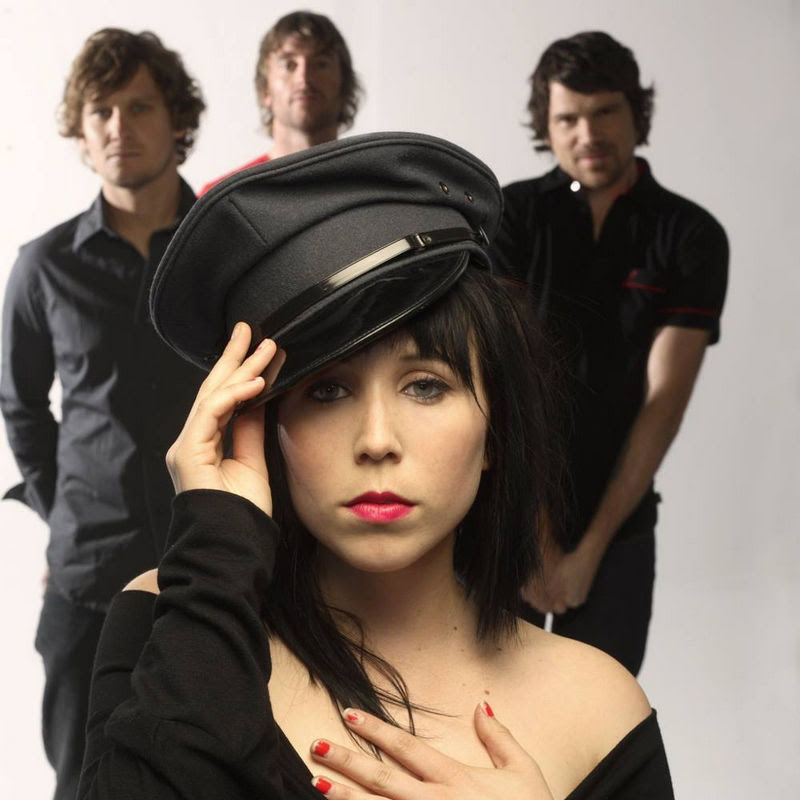 Little Birdy are an Australian indie rock band formed in Perth, Western Australia in 2002 by singer and guitarist Katy Steele, drummer Matt Chequer, guitarist and keyboardist Simon Leach, and bass guitarist Scott O’Donoghue. They gained public attention when their single ‘Relapse’ gained popularity on alternative radio stations such as Triple J, leading them to be signed by the record label Eleven: A Music Company. To date, they have released three studio albums (all three of which entered the top ten in the ARIA charts), two EPs, and ten singles.

Katy Steeles father Rick Steele is a local blues musician in various cover bands, and her brothers Jesse and Luke were both members of The Sleepy Jackson. Jesse left the band in 2000. Steele was the singer-songwriter and guitarist in her band, The Plastik Scene. A friend of Luke’s, Simon Leach, heard Steele singing at her brother’s 21st birthday party. ‘Katy was always there… She was around 15 when I saw her sing. Three years later, Katy and I were playing together.’ Steele left her band and, with Leach as drummer, they performed several gigs as a duo. Scott (‘Barney’) O’Donoghue later offered to play bass guitar. Leach became tired of percussion and began playing guitar when Matt Chequer joined on drums. In 2002 Little Birdy was formed, named after the Ween song of the same name.

We See You’re a Fan of Little Birdy