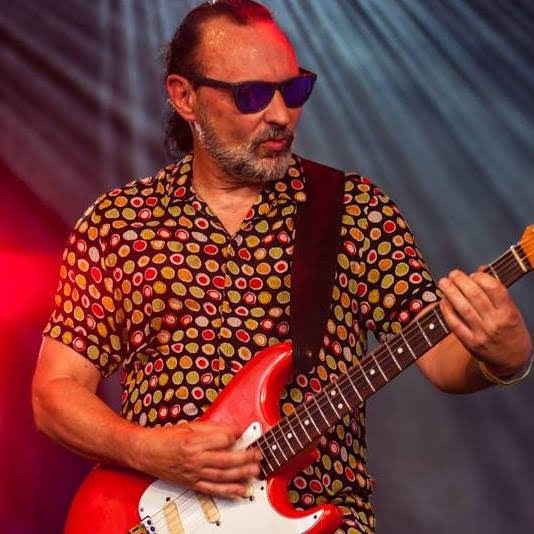 Martin Cilia (born 1958, Rochford, Essex, England) moved to Perth, Western Australia with his family in January 1968. Cilia is best known for his songwriting skills, and his membership in The Atlantics, where he performs on the guitar. Cilia played his first gig in a school hall in Morley High in 1972 with fellow students. He remembered playing songs by The Shadows, The Monkees, The Beatles, and Cat Stevens.

At age 14, Cilia became a professional musician. He played in various bands in and around Perth before spending a year in London in 1979. In 1982 Cilia joined Invasion Force where he met locals Alf Demasi and Lloyd Allanson. Together they formed the Perth band The Flying Fonzarellis. The Flying Fonzarellis released several recordings and toured Sydney in 1984. The band had some chart success holding the number one spot in Perth for a few weeks.

We See You’re a Fan of Martin Cilia