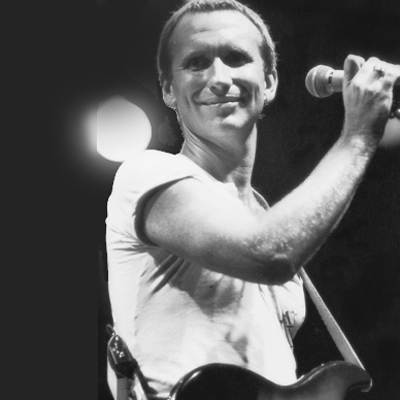 Men at Work were an Australian rock band formed in 1979 and best known for their 1981 hit ‘Down Under’. Their founding mainstay was Colin Hay on lead vocals and guitar. After playing as an acoustic duo with Ron Strykert during 1978-79, he formed the group with Ron Strykert playing bass guitar, and Jerry Speiser on drums. They were soon joined by Greg Ham on flute, saxophone, and keyboards and John Rees on bass guitar, with Ron then switching to lead guitar. The group was managed by Russell Depeller, a friend of Colin Hay, whom he met at Latrobe University. This line-up achieved national and international success in the early 1980s. In January 1983, they were the first Australian artists to have a simultaneous No. 1 album and No. 1 single in the United States Billboard charts: Business as Usual (released on 9 November 1981) and ‘Down Under’ (1981), respectively. With the same works, they achieved the distinction of a simultaneous No. 1 album and No. 1 single on the Australian, New Zealand, and United Kingdom charts. Their second album Cargo (2 May 1983) was also No. 1 in Australia, No. 2 in New Zealand, No. 3 in the US, and No. 8 in the UK. Their third album Two Hearts (3 April 1985) reached the top 20 in Australia and top 50 in the US.

They won the Grammy Award for Best New Artist in 1983, they were inducted into the ARIA Hall of Fame in 1994, and they have sold over 30 million albums worldwide. In May 2001, ‘Down Under’ was listed at No. 4 on the APRA Top 30 Australian songs and Business as Usual appeared in the book 100 Best Australian Albums (October 2010).

We See You’re a Fan of Men At Work