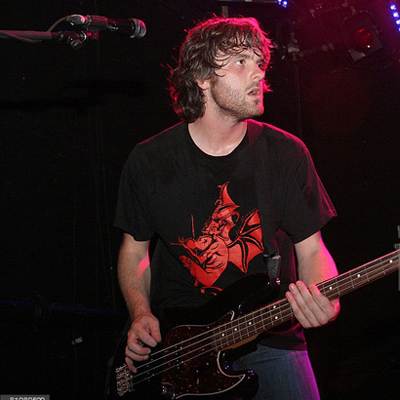 Midnight Juggernauts is an Australian band from Melbourne, composed of Andrew Szekeres, Vincent Vendetta (Vincent Heimann), and Daniel Stricker. The band has been described as anything from ‘prog dance meets cosmic film scores’, to ‘slasher-flick disco’ to ‘deadpan landscape’. Following the release of numerous 7′ and 12′ singles, and limited edition EPs, the band released their debut album, Dystopia. After playing festivals and headlining tours worldwide during late 2007–2008, the band finished working on their follow up album The Crystal Axis, touring around its release mid-2010 at festivals and headline shows around the globe. After a few years break the band released a third album Uncanny Valley in mid-2013. Members have also collaborated with various artists including Kevin Parker, Kirin J Callinan, Justice, Solange and Sebastian Tellier. The group also runs the label Siberia Records, through which they release their own music and others including Kirin J Callinan and Forces.

The band was formed in 2004 by Vincent Vendetta and Andrew Szekeres who met in school. They were later joined by Daniel Stricker in late 2006 who had met the two whilst playing in various groups over the years. In early shows the band had many different names and the lyrical content changed from show to show – one time when playing above a Chinese restaurant using the name of items from the menu in the lyrics of a few songs. The band have been noted for their more eccentric approach having come from established creative arts backgrounds, and remain heavily active in various experimental audio-visual projects.

We See You’re a Fan of Midnight Juggernauts