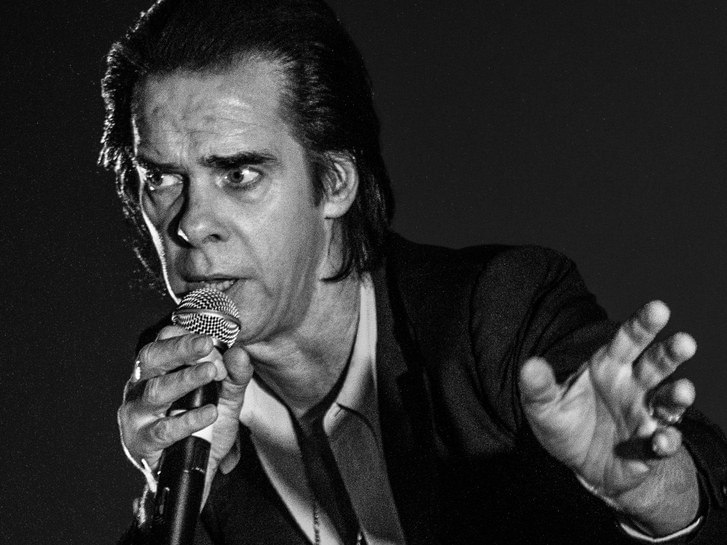 Born and raised in rural Victoria, Cave studied art before fronting the Birthday Party, one of Melbournes leading post-punk bands, in the late 1970s. They relocated to London in 1980, but, disillusioned by life there, evolved towards a darker, more challenging sound, and acquired a reputation as ‘the most violent live band in the world’. The Birthday Party is regarded as a major influence on gothic rock, and Cave, with his shock of black hair and pale, emaciated look, became an unwilling poster boy for the genre. Soon after the band’s break-up in 1983, Cave formed Nick Cave and the Bad Seeds. Much of the band’s early material was set in a mythic American Deep South, drawing on spirituals and Delta blues, while Cave’s preoccupation with Old Testament notions of good versus evil culminated in what has been called his signature song, ‘The Mercy Seat’ (1988). The 1990s saw Cave achieve greater commercial success with quieter, piano-driven ballads, notably the Kylie Minogue duet ‘Where the Wild Roses Grow’ (1996), and ‘Into My Arms’ (1997). More recent releases, including the band’s 16th and latest LP, Skeleton Tree (2016), feature increasingly abstract lyrics from Cave, as well as elements of ambient and electronic music. Grinderman, Cave’s garage rock side project, has released two albums since 2006.

We See You’re a Fan of Nick Cave