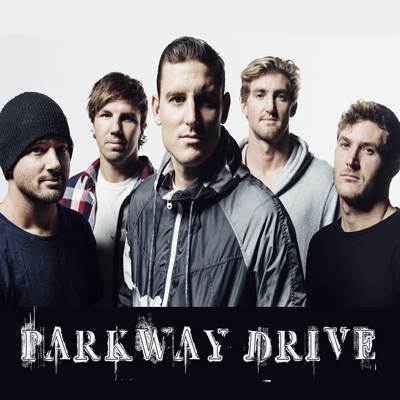 Parkway Drive are an Australian metalcore band from Byron Bay, New South Wales, formed in 2003. As of 2018, Parkway Drive has released six full-length albums (Killing with a Smile, Horizons, Deep Blue, Atlas, Ire, and Reverence), one EP (Don’t Close Your Eyes), two DVDs, a split album and one book, titled Ten Years of Parkway Drive. The band’s latest four albums have reached the top 10 of the Australian ARIA Charts, with Ire reaching number 1 in October 2015, and Reverence in May 2018.

The band’s line-up has been consistent since the addition of bassist Jia O’Connor in 2006, with Brett Versteeg having left in 2004 and Shaun Cash in 2006.

We See You’re a Fan of Parkway Drive