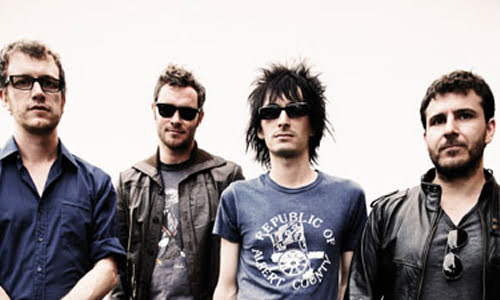 Peabody are an Australian four-piece rock band. Forming straight out of school in Sydney in 1994, the then three-piece Peabody ingrained themselves in the live music scene of Inner-city Sydney. Following other Sydney bands of the time, such as You Am I, the group played venues like The Landsdowne Hotel and The Iron Duke before graduating to more well known venues such as The Annandale Hotel, The Hopetoun Hotel and The Sandringham Hotel.

The band recorded and self-released two early EPs but were best known for their live performances which led to the band developing a dedicated Sydney following. It was at this time that they began their association with Sydney-based independent record label Nonzero Records distributed through Shock Records. The label was founded in 2001 in order to release Bluebottle Kiss’ 2002 album, ‘Revenge Is Slow’, but had since expanded to release other local bands.

We See You’re a Fan of Peabody