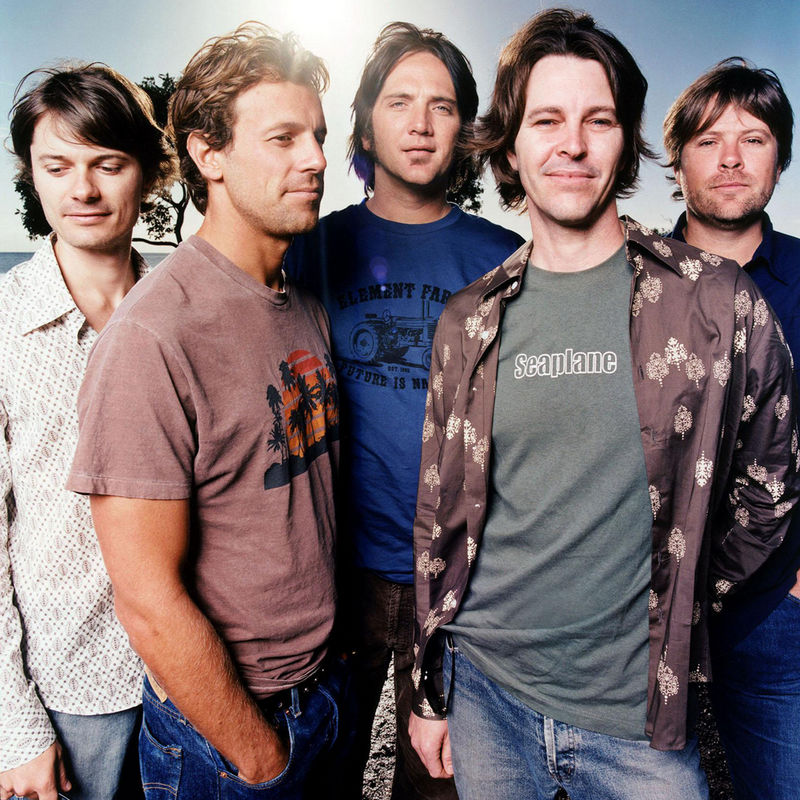 Powderfinger were an Australian rock band formed in Brisbane in 1989. From 1992 until their break-up in 2010 the line-up consisted of vocalist Bernard Fanning, guitarists Darren Middleton and Ian Haug, bass guitarist John Collins, and drummer Jon Coghill. The group’s third studio album Internationalist peaked at No. 1 on the ARIA Albums Chart in September 1998. They followed with four more number-one studio albums in a row: Odyssey Number Five (September 2000), Vulture Street (July 2003), Dream Days at the Hotel Existence (June 2007), and Golden Rule (November 2009). Their Top Ten hit singles are ‘My Happiness’ (2000), ‘(Baby I’ve Got You) On My Mind’ (2003), and ‘Lost and Running’ (2007). Powderfinger earned a total of eighteen ARIA Awards, making them the second-most awarded band behind Silverchair. Ten Powderfinger albums and DVDs certified multiple-platinum, with Odyssey Number Five – their most successful album – achieving eightfold platinum certification for shipment of over 560,000 units.

After the release of their first DVD, These Days: Live in Concert (September 2004), and the compilation album Fingerprints: The Best of Powderfinger, 1994–2000 (November 2004), the group announced a hiatus in 2005. The June 2007 announcement of a two-month-long nationwide tour with Silverchair, Across the Great Divide tour, followed the release of Dream Days at the Hotel Existence. Powderfinger were also involved in various philanthropic causes. In 2005, they performed at a WaveAid concert in Sydney, to help raise funds for areas affected by the 2004 Indian Ocean earthquake. Another performance at the Sydney Opera House in October 2007 raised funds for breast cancer victims and their families. One aim of their Across the Great Divide Tour was to promote the efforts of Reconciliation Australia, and awareness of the gap in life expectancy between Indigenous and non-Indigenous children. In April 2010 Powderfinger announced that they would be breaking up after their Sunsets Farewell Tour, declaring it would be their last ever as they had musically said everything they wanted to say. On 13 November, 2010, they played their last concert, signifying their disbandment. In November the following year, rock music journalist Dino Scatena and Powderfinger published a biography, Footprints: the inside story of Australia’s best loved band.

We See You’re a Fan of Powderfinger