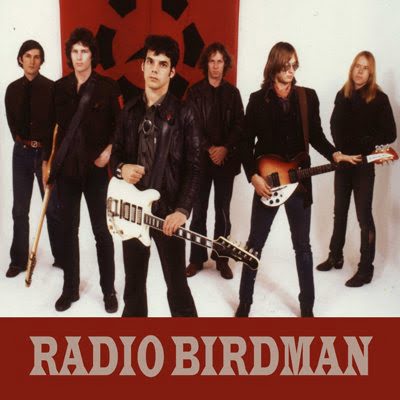 Radio Birdman was one of the first Australian independent bands to carry the punk label, along with the Saints. They were formed by Deniz Tek and Rob Younger in Sydney in 1974. The group influenced the work of many successful, mainstream bands, and are now considered instrumental in Australia’s musical growth.

Deniz Tek and Rob Younger formed Radio Birdman in mid-1974 in Sydney, having recently left their bands TV Jones and the Rats respectively. The pair sought to begin a band that would challenge the commercial mainstream and be completely uncompromising. They recruited classical keyboard player Philip ‘Pip’ Hoyle, drummer Ron Keeley and bassist Carl Rorke. The band took their name from a misheard lyric from the Stooges song ‘1970’ (the actual lyric is ‘radio burnin”).

We See You’re a Fan of Radio Birdman