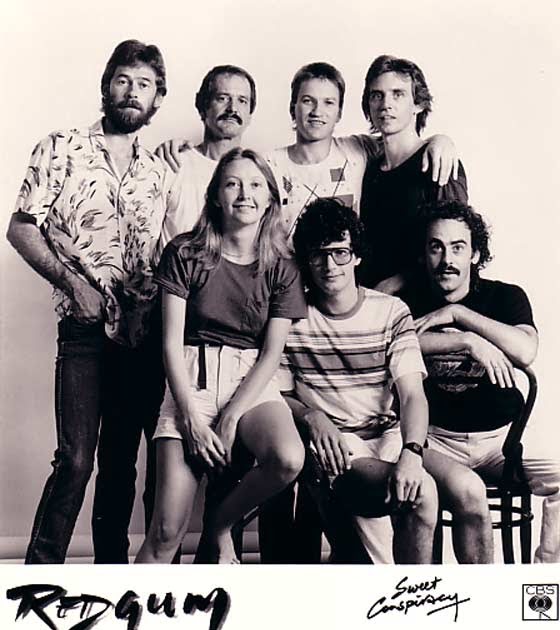 Redgum were an Australian folk and political music group formed in Adelaide in 1975 by singer-songwriterJohn Schumann, Michael Atkinson on guitars/vocals, Verity Truman on flute/vocals; they were later joined by Hugh McDonald on fiddle and Chris Timms on violin. All four had been students at Flinders University and together developed a strong political voice. They are best known for their protest song exploring the impact of war in the 1980s ‘I Was Only 19’, which peaked at #1 on the National singles charts. The song is in the Australasian Performing Right Association (APRA) list of Top 30 of All Time Best Australian Songs created in 2001.

Redgum also covered Australian consumer influences on surrounding nations in 1984’s ‘I’ve Been To Bali Too’, both hit singles were written by Schumann. ‘The Diamantina Drover’, written by Timms’ replacement, violinist/vocalist Hugh McDonald and ‘Poor Ned’, written by Trevor Lucas of Fairport Convention, are examples of their bush songs. Lucas produced their June 1983 live LPCaught in the Act, which peaked at #3 on the National albums chart. Schumann left the band and pursued a solo career from 1986, Atkinson left in 1987 and Redgum finally disbanded in 1990.

We See You’re a Fan of Redgum