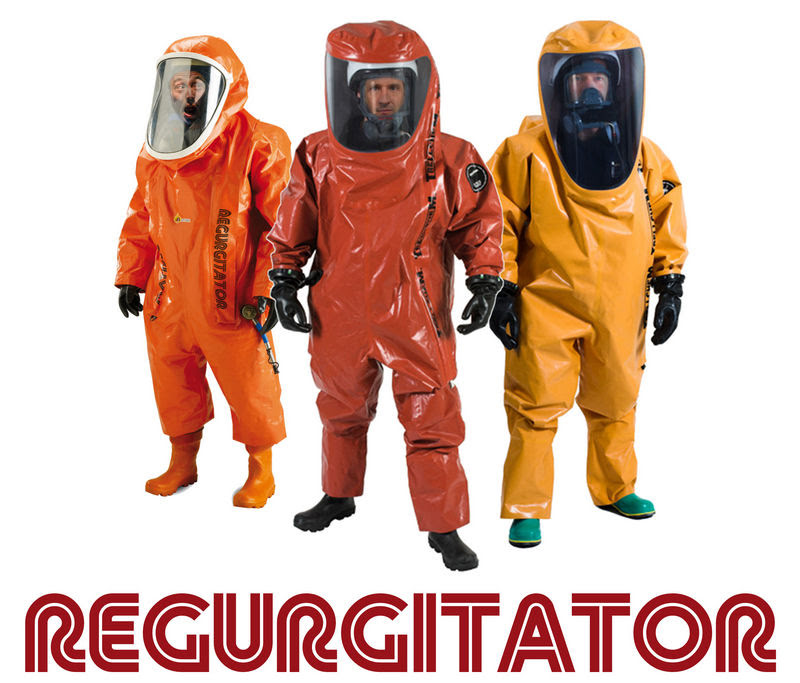 Regurgitator are an Australian rock band from Brisbane, formed in late 1993 by Quan Yeomans on lead vocals, guitar and keyboards; Ben Ely on bass guitar, keyboards and vocals; and Martin Lee on drums. Their debut studio album, Tu-Plang was released in May 1996; it was followed by Unit in November 1997 which was certified triple platinum. Unit won five categories at the ARIA Music Awards of 1998: Album of the Year, Best Alternative Album, Producer of the Year (for Magoo), Engineer of the Year (Magoo) and Best Cover Art (for The Shits). Their third album, …Art was released in August 1999.

Regurgitator had two singles reach the top 20 with ‘Polyester Girl’ (May 1998) peaking at No. 14 in Australia and No. 16 in New Zealand; while ”Happiness (Rotting My Brain)’ (July 1999) also appeared at No. 16 in New Zealand. Martin Lee left Regurgitator in late 1999 and was replaced by Peter Kostic on drums, who was simultaneously a member of Front End Loader (1991–present) and the Hard-Ons (2002–11). Casual members have included Seja Vogel, from Sekiden; Shane Rudken (Ponyloaf); Dave Atkins (Pangaea, Resin Dogs) among others. Regurgitator’s fourth studio album, Eduardo and Rodriguez Wage War on T-Wrecks was released in July 2001 and was their final studio album for Warner before mutually agreeing to terminate their recording agreement. They then went on to issue four more independent studio albums—Mish Mash! recorded as part of the multimedia reality show parody Band in a Bubble; Love and Paranoia recorded in Rio de Janeiro on Corcovado after licensing the Band in a Bubble project to a US version staged in New York City; SuperHappyFunTimesFriends recorded over three weeks in their home studio; and Dirty Pop Fantasy recorded in a Hong Kong apartment before announcing an extended hiatus in December 2013. They commenced playing shows again in mid-2015.

We See You’re a Fan of Regurgitator