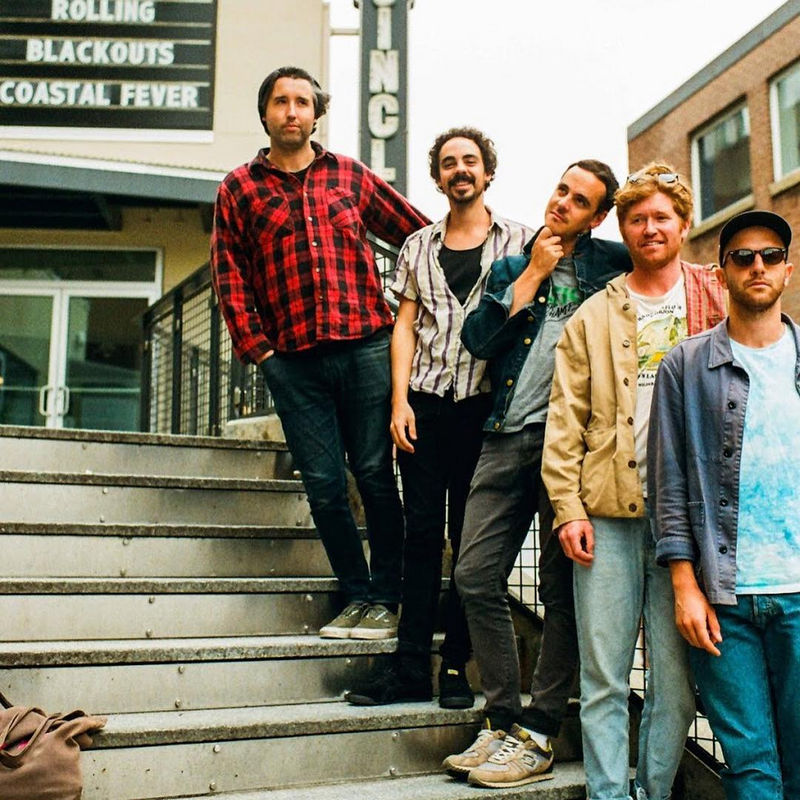 Rolling Blackouts Coastal Fever, also sometimes known as Rolling Blackouts C.F., is an Australian indie rock band. It was formed in Melbourne in 2013 by singer-guitarists Fran Keaney, Tom Russo & Joe White. The band’s five members are Keaney, his cousin Joe White, Tom Russo, his brother Joe Russo (bass guitar), and Marcel Tussie (drums). Their debut EP, Talk Tight, was released in 2016 on Ivy League Records. It was followed by their second EP, the French Press, which was mixed by Doug Boehm and released in 2017 on Sub Pop Records. They performed at the St Jerome’s Laneway Festival on 29 January 2018, and their debut full-length album, Hope Downs, was released on 15 June 2018 on Sub Pop.

Robert Christgau gave Talk Tight an A grade, writing that ‘If you like the [guitar] effect—and why not, it’s beautiful—you’ll gravitate to it on sound alone. But what I’m loving at least as much is lyrics that suit the bright white male culture the sound implies.’ He also compared the band’s sound to that of the Go-Betweens, a comparison that has also been made by critics like Stephen Deusner. The band has also been aligned with Melbourne’s dolewave scene.

We See You’re a Fan of Rolling Blackouts Coastal Fever