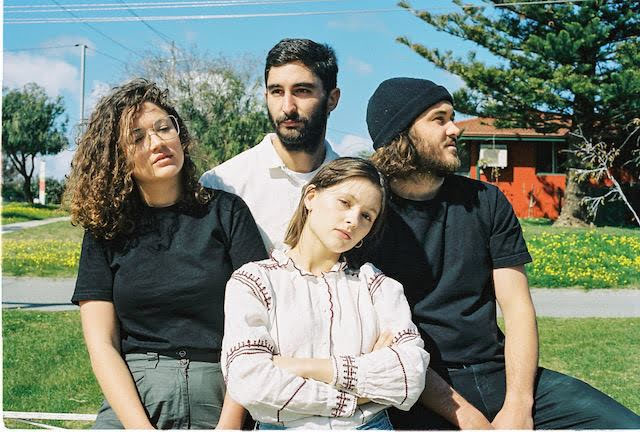 San Cisco is an Australian indie pop band that formed in 2009 under the original name of King George, in Fremantle, Western Australia. The band are a four-piece, and consists of Jordi Davieson (guitar, lead vocals), Josh Biondillo (guitar, vocals), Jennifer Aslett (bass) and Scarlett Stevens (drums, vocals). All members, except Stevens, share duties on keyboards. In November 2011, the band was signed by Albert Productions, but moved to Fat Possum Records for the release of its debut album. In October 2012, the band described its ‘vibe as ‘squelchy, crispy, streamlined, hairy, indie’. At the ARIA Music Awards of 2013 the group were nominated for Best Independent Release and Best Dance Release for the album; and Best Video for ‘Fred Astaire’, which was directed by Andrew Nowrojee.

The three male members of San Cisco attended the same high school, Christian Brothers College in Fremantle, whilst Stevens attended nearby Iona Presentation College. Singer/guitarist Davieson and drummer Stevens have known each other since early childhood. At only thirteen Davieson’s first band was The Real Life Animators. The band formed in early December 2005, with Albert Loss on lead guitar and vocals, Davieson on rhythm guitar and vocals, Bill Lawrie on drums, and Theo Campbell on bass guitar. The band played around Fremantle, supporting other bands such as the Watts and the Flairz. Stevens’ first performances were in December 2003, at age eleven, as the drummer for the rock trio, the Flairz, together with Dion Mariani and John Mariani. Meanwhile, Biondillo and Davieson also bonded over a shared interest in skateboarding, the water, and music. Stevens is the daughter of Phil Stevens, who co-founded Jarrah Records with both the John Butler Trio and The Waifs, two bands that he also manages. Biondillo has explained, ‘I started playing guitar when I was in high school, about year 8 or 9, but it was mostly just playing music in my bedroom. So I did that until I met Jordi and then we started jamming together.’

We See You’re a Fan of San Cisco