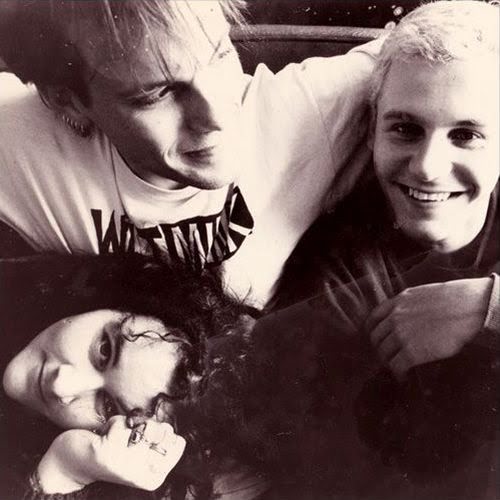 In August 1991 Screamfeeder were formed as an indie guitar pop group in Brisbane by Tony Blades on drums and vocals, Kellie Lloyd on bass guitar and vocals and Tim Steward on guitar and vocals. Blades and Steward had been members of the Madmen, which they formed in 1988 in Townsville with Bruce Gardner on guitar and vocals and Jeff Johnson on bass guitar. In 1989 Cam Hurst replaced Johnson on bass guitar and Gardner left. They released three singles and an extended play, Thunder Egg (1990), on their own label, Stone Groove. The Madmen toured Queensland numerous times, before relocating to Brisbane in 1989. When Hurst was replaced by Lloyd the trio became Screamfeeder. Lloyd had previously made a filmclip for The Madmen, Tower.[citation needed].

We See You’re a Fan of Screamfeeder