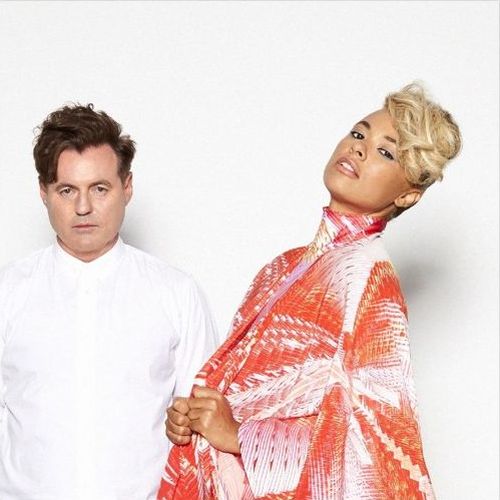 Sneaky Sound System is an Australian dance music group formed in late 2001 by Black Angus (Angus McDonald) on guitar, MC Double D (Daimon Downey) on vocoder and vocals, Damien Hesse (DJ) and Nick Broadhurst on saxophone. They were joined in 2004 by Connie Mitchell (ex-Primary) on vocals; Downey left the band in September 2009, Hesse in 2005 and Broadhurst in 2006. On 12 August 2006, they released their self-titled debut studio album, which peaked at No. 5 on the ARIA Albums Chart in mid-November 2007 and was certified 3× platinum by December 2011, denoting shipments of 210,000 copies. The group’s breakthrough single, ‘I Love It’, which was issued on 8 July 2006, peaked at No. 24 on the ARIA Singles Chart and spent 73 weeks in the Top 100 – this broke the record as the longest charting single previously held by The Living Ends 1997 hit, ‘Second Solution / Prisoner of Society’, at 69 weeks. Their second studio effort, 2, which appeared on 16 August 2008, became their first number-one album. On 7 October 2011, From Here to Anywhere was released and reached at No. 11. At ARIA Music Awards ceremonies they have been nominated fourteen times winning twice in 2007 for Best Dance Release and Breakthrough Artist – Album for their eponymous album.

In late 2001, Sneaky Sound System were formed in Sydney as hosts to dance music parties, Sneaky Sundays. Black Angus (Angus McDonald) had met MC Double D (Daimon Downey) at a fancy dress party in 2000 and the pair soon became flatmates. Angus was working as a DJ with Damien Hesse and invited D to MC at their regular Sunday parties. Hesse explained their concept ‘We wanted to start a Sunday night, our own night in Sydney, because we didn’t feel we fit into anything else that was going on … We played for over a year to over 100 people in a basement in Bondi so it was very much an underground thing’. Various live musicians would perform irregularly with Sneaky Sound System, the group added cabaret elements including specialist dancers. With Angus on guitar and D on vocoder and vocals, they began gigging at various clubs and festivals along the Australian east coast. They recorded a remix album, Other Peoples Music, produced and engineered by Peter Dolso. The double CD was released on 3 October 2003 by Sony Music Australia. The line-up for the album included Angus, D, Hesse (as a remixer) and Tricky Nick (Nick Broadhurst) on saxophone.

We See You’re a Fan of Sneaky Sound System