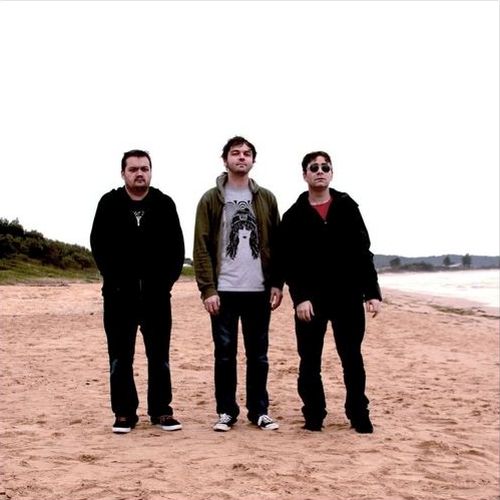 Sounds Like Sunset are a band based in Sydney, Australia. The group formed in 1997 and as of 2019 have released 3 albums, Saturdays in 2001, Invisible in 2005 and We Could Leave Tonight in 2014 as well as various other releases on cassettes, 7′ and compilations. We Could Leave Tonight was released on vinyl 22 July 2014 through Tym Records, and on CD and digitally on 22 August 2014 through Simon Tahiti Records.

The band formed initially as a side-project with David Challinor (guitar), David Hobson (bass) and Rohan Geddes (drums) in a recently vacated room in Challinor’s moldy and more or less condemned share house in Pennant Hills in Sydney’s north west in August 1997. Challinor had been mostly busy playing guitar in the Sydney indie band Sal Paradise (Tooth & Nail Records) since early 1996, and Hobson had been playing bass in Sydney punk/hardcore act Ceasefire since around 1994. Early Sounds Like Sunset tape recordings and gigs showed the band in similar sonic territory as inspiring home-recording-band influences Flying Saucer Attack and other drone/noise/post-rock instrumental bands of the time – however this was something the band quickly distanced themselves from in the hope of melding all the noise & feedback into more concise, hummable melodic pop arrangements.

We See You’re a Fan of Sounds Like Sunset