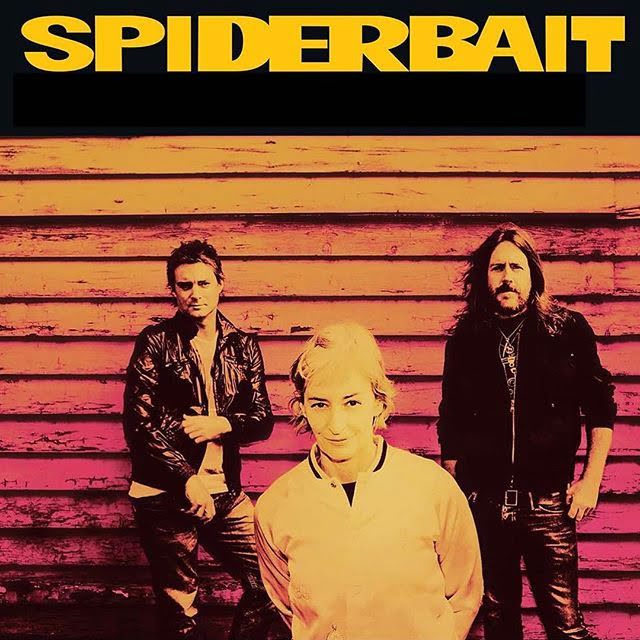 Spiderbait are an Australian alternative rock band formed in Finley, a small town in rural New South Wales, in 1991 by bass guitarist Janet English, singer-drummer Kram, and guitarist Damian Whitty. In 2004 the group’s cover version of the 1930s Lead Belly song ‘Black Betty’ reached number one on the ARIA Singles Chart. They have five top 20 albums: The Unfinished Spanish Galleon of Finley Lake (1995), Ivy and the Big Apples (1996), Grand Slam (1999), Tonight Alright (2004), and Greatest Hits (2005). The group have won two ARIA Music Awards with the first in 1997 as ‘Best Alternative Release’ for Ivy and the Big Apples and the second in 2000 as ‘Best Cover Art’ for their single ‘Glokenpop’. Since late 2004, the band has been on hiatus to concentrate on solo projects and their personal lives—although periodically returning for occasional gigs. In November 2013 the band released their first studio album in nine years, Spiderbait.

In 1989, the three future members of Spiderbait were performing together with Janet English on bass guitar and lead vocals, Mark Maher (better known as Kram) on lead vocals and drums, and Damian Whitty (or ‘Whitt’) on guitar. All grew up in the small town of Finley in southern New South Wales where Kram and his second cousin Whitty jammed together as schoolboys. With English on board, early rehearsals were held in sheds or barns, Kram later recalled: ‘we were shithouse! We were so bad … I mean Janet had never played a note of music in her life’. Kram taught English to play bass. Initial gigs included a friend’s party as an unnamed band where they played ‘Freak Scene’ and an AC/DC song. They performed at the combined 21st birthday party for Kram and Whitty under the name Candy Spuds. They used that name for only one gig and then used Spiderbaby.

We See You’re a Fan of Spiderbait