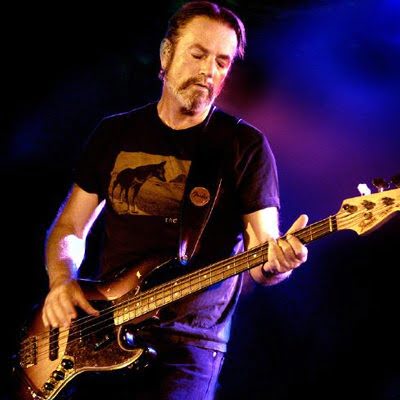 Steven John Kilbey (born 13 September 1954) is an English-Australian singer-songwriter and bass guitarist for the rock band, The Church. He is also a music producer, poet and painter. As of October 2014, Kilbey had 750 original songs registered with Australian copyright agency Australasian Performing Right Association (APRA).

Following his birth in Welwyn Garden City, England, UK, Kilbey was brought to Australia by his parents at the age of five years, and grew up around Dapto, before living with his family in Canberra. He began his professional music career at 17 years of age, when he joined a five piece ‘cabaret band’ called ‘Saga’ in Canberra. Around 1973 he joined ‘Precious Little’, a rock band featuring future Church bandmate Peter Koppes on drums.

We See You’re a Fan of Steve Kilby