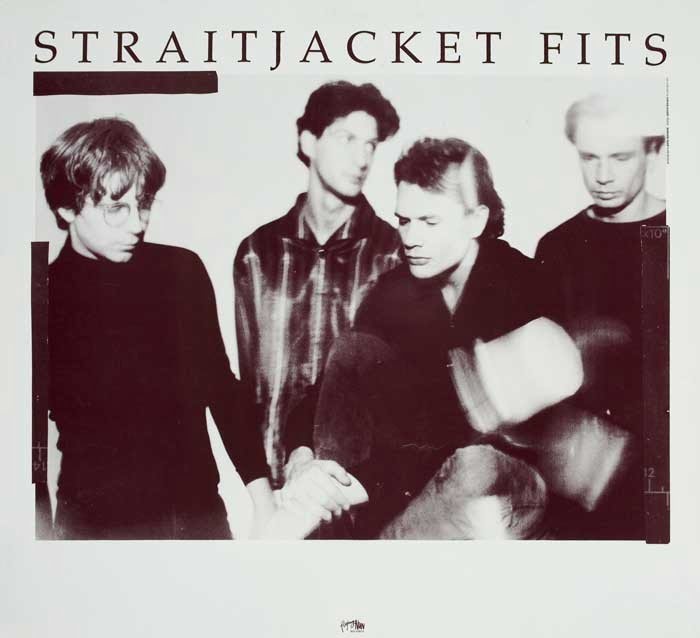 Straitjacket Fits formed in Dunedin, New Zealand in 1986 and were a prominent band in the Flying Nun label’s second wave of the Dunedin sound.

Like many of their Flying Nun stable-mates, the band hailed from the southern city of Dunedin. They formed from the ashes of The DoubleHappys, a band comprising Shayne Carter, Wayne Elsey and John Collie. The tragic accidental death of Elsey saw Carter and Collie join forces with David Wood (ex-Working With Walt) in 1986 to form Straitjacket Fits. Andrew Brough (from The Orange) signed on the following year, adding a foil in the form of a pop sensibility to Carter’s more raucous songwriting. From their inception, the sound of the band was marked by the seemingly incongruous but effective pairing of Carter’s rough abrasive voice and strident guitar and Andrew Brough’s saccharine-sweet vocals and pop hooks.

We See You’re a Fan of Straitjacket Fits