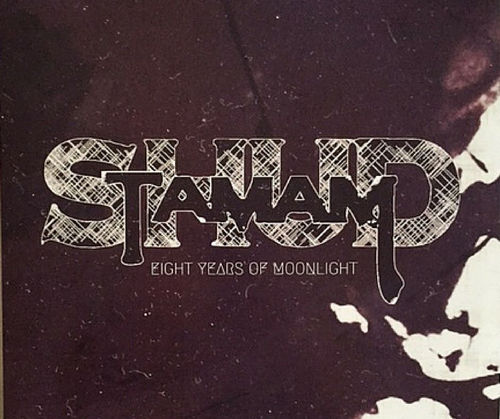 Tamam Shud is an Australian psychedelic, progressive and surf rock band, which formed in Newcastle in 1964. The initial line-up were known as Four Strangers with Eric Connell on bass guitar, Dannie Davidson on drums, Gary Johns on rhythm guitar and Alex ‘Zac’ Zytnik on lead guitar. At the end of that year Johns was replaced by Lindsay Bjerre on guitar and vocals as they trimmed their name to the Strangers. By late 1965 they had become the Sunsets. They took the name Tamam Shud in late 1967 after replacing Connell with Peter Barron on bass guitar. The group released two albums, Evolution (1969) – after which Tim Gaze replaced Zytnik on lead guitar – and Goolutionites and the Real People (1970) before disbanding in 1972. After a lengthy hiatus they reformed in 1993 to release a third album, Permanent Culture in 1994, but disbanded again in 1995. Beginning in 2008 the group worked together periodically on new material: it took eight years to complete their fourth album, Eight Years of Moonlight (January 2016).

Tamam Shud evolved from an instrumental surf band, The Four Strangers, which formed in 1964 in Newcastle with Eric Connell on bass guitar, Dannie Davidson on drums, Gary Johns on rhythm guitar and Alex ‘Zac’ Zytnik on lead guitar. They released a sole single, ‘The Rip’, in that year for Astor Records before Lindsay Bjerre replaced Johns on guitar and lead vocals. In 1965, as the Strangers, they issued a single, ‘Sad and Lonely’, on Festival Records – it was an R&B offering influenced by the Rolling Stones. Late that year they changed their name to the Sunsets.

We See You’re a Fan of Tamam Shud